A man walks into a bar, then goes to the bathroom. He comes out, goes to the bartender.
He says, “You’ve got a great place, but my buddy was here last night, and he said you have golden urinals. Where are they?” The bartender turns to the band and yells, “Frank, I’ve got a lead on the guy who ruined your sax!”

Father and son go on a kayaking tour
When they get home Mom notices he has a swollen black eye.

Mom: "Omg, what happened to your eye?"

Son: "There was a huge mosquito in the kayak"

Son: "Nope, Dad killed it with the paddle"

Sailor walks up to a Pirate in a bar...
...offers to buy the pirate a drink if he tells him the tales of his hook, pegleg, and eye patch.

The pirate agrees, but to one drink per tale.

Sailor buys him a drink, and says, well, why don't you start with the pegleg?

Sailor nods... opens his mouth, and the pirate interrupts him

"...as I said, shark took me leg; we was in heavy seas, attempting to take a ship, I be slashed and spashed o'r the side; little did I know thar sharks in the water... before me mates could fish me back aboard, one o' them toofy beasts 'ad removed me leg... cap'n hisself sacrificed his table so that me stump would be more balanced and seaworthy... I floats a bit better now, but still swim like a log"

Sailor notices his drink had emptied, motions to the bartender and asks about the hook.

Pirate grins at his newly filled glass, takes a swig and says "BATTLE!"

Sailor nods... and pirate cuts him off before he can say anything

"As I were sayin', in battle... see, I'd gone off'n the boat to see my liddle lass, and I come to find her and woo her as was propper for a man. When I got to the door of'n her abode, her father greeted me, cutlass in han' and asked my bidness at his house. I un'told'im that I was there to ask for his datter's hand in marridge... the fire in his eyes told me he didn't approve, and he raised his blade... me forgettin I'd left mine on the ship, and I attempted to block the blow... so I guess instead o' me gettin' her hand in marridge, he took my hand instead."

Sailor, swayed back in his chair, motioned to get the pirate's drink filled for the last tale.

Pirate took another deep swig, and said "ah, you'd be wantin' to know how I gots the patch, eh?"

Sailor said "Of course! After the other tales, it's got to have been the best!"

Pirate looks at him, and says "Well, I don' want ya to be upset at me, but it was a blasted SEAGULL!", and promptly drowns the rest of his drink.

Sailor looks stunned, jumps to his feet, pointing his finger, shouts at the pirate "You survived a shark bite and the murderous vengeance of the father of the lady you tainted... and you dare to mock me by telling me you lost your eye to a seagull?!?"

Pirate said "Well, it weren't so much the seagull, as it were the seagull dropping"

Sailor turned beet red at this and stammered "You lost your eye because the seagull sh*t in your eye?"

Pirate staggered up, and walked towards the door... paused for a second, raised his arm and said "Well, it were me first day with the hook"

What is the difference between Trump and a flying pig? The letter F

Today I had to go to Lowe's. As I approached the entrance, I noticed a female driver looking for a parking space.
I flagged the driver and pointed out a handicap parking space that was open and available. The driver looked puzzled, rolled down her window and said, "I'm not handicapped!"
Well, as you can imagine, my face was red! "Oh, I'm sorry," I said. "I saw your 'I'm Ridin with Biden' bumper sticker and just assumed that you suffer from a mental disorder."
She gave me the finger and screamed some nasty names at me. Boy! Some people don't appreciate it when you're just trying to help them...........

Schrute Farm said:
Today I had to go to Lowe's. As I approached the entrance, I noticed a female driver looking for a parking space.
I flagged the driver and pointed out a handicap parking space that was open and available. The driver looked puzzled, rolled down her window and said, "I'm not handicapped!"
Well, as you can imagine, my face was red! "Oh, I'm sorry," I said. "I saw your 'I'm Ridin with Biden' bumper sticker and just assumed that you suffer from a mental disorder."
She gave me the finger and screamed some nasty names at me. Boy! Some people don't appreciate it when you're just trying to help them...........
Click to expand...

Lame, lame, lame... try a bit harder if you want to disparage another.

If Trump really wanted Hillary to be locked up...
He should have just hired her!

Joe Schmo said:
Lame, lame, lame... try a bit harder if you want to disparage another.
Click to expand...

Joe Schmo said:
Lame, lame, lame... try a bit harder if you want to disparage another.
Click to expand...

It's ok we all know you're a bit slow. Did they have you wear a helmet in school?
G

Yes, when he played football.
G

Pope Francis, Donald Trump, Barack Obama, and a little boy are crossing the Atlantic on an airplane when the engines fail. They find three parachutes.

Donald Trump grabs the first parachute and jumps out of the plane saying, “The world needs my leadership!”

Barack Obama grabs a parachute and says, “I need to help make choices for our world”, so he jumps off the plane.

At this point, the Pope and the little boy are on the plane.

The Pope says to the boy, “take the last parachute, I am too old and I’m going to die soon one day.”

The Pope and Donald Trump are on stage in front of a huge crowd.

The Pope leaned in towards Trump and said, “Do you know that with one little wave of my hand I can make every person in this crowd go wild with joy? This joy will not be a momentary display, like that of your followers, but go deep into their hearts and for the rest of their lives whenever they speak of this day, they will rejoice!"

Trump replies, “I seriously doubt that. With one little wave of your hand? Show me!”

So, the Pope slapped him.
G

This is a nice one.

Why can’t Trump stay in the White House anymore?

Because it’s for Biden!

Gator6x4 said:
Yes, when he played football.
Click to expand...

Schrute Farm said:
He's so slow you need to speak for him....l. Too funny
Click to expand...

He maybe a lot of things, but mentally slow is not one of them.

If you weren't so slow, you'd know how to edit your post so it doesn't double up your quote.

While walking through the mall I spotted the Islamic Book Store and I went in.
The clerk asked me, "can I help you?" I said, "yes, can you tell me where I can find Donald Trump's book on refugees?" He turned beet red and said, "eat s hit, get the f uck out and stay out." I said, "yes, that's the one, now where is it located?" 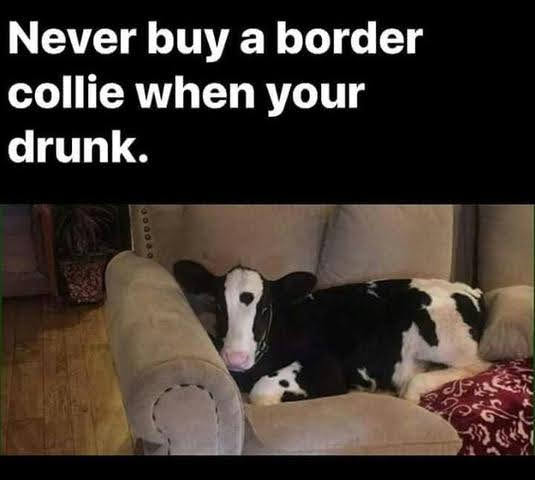 Son: Daddy, do trees poop?
Father: Of course, That's how we get number 2 pencils.

Recently, a new assistant pastor was hired for the local church. The head pastor told him on his first week to go down to the homeless shelter and work with the less fortunate. So the assistant pastor went down to the shelter with soup and bread. After feeding the people he gave a sermon. Most of the people at the shelter took their food and left, but one woman stayed and listened the entire time. The assistant pastor asked "What's your name, my dear?" "Tootie Greene," she replied, "thank you for the food, but I'm afraid I can't be helped by your words." "Why is that, Tootie?" "Well, you see, I got caught up in all kinds of drugs for years. I lost my family over my addictions, sold everything I had, I even sold my body when I was desperate enough." The assistant pastor saw that this woman meant well. "All can be forgiven, my child. Why don't you come to church this Sunday?" Tootie agreed to come to church that Sunday.

The assistant pastor went back to the church and told the pastor of his work. "There's this woman, Tootie Greene, who I met and will be coming to church this Sunday. I must warn you, pastor, she comes from a rough background of drugs and prostitution." The pastor acknowledged the fact and prepared for Sunday.

Sunday morning comes and the pastor and assistant pastor are standing in the front of the church as the congregation gathers. Suddenly, a woman wearing a short, low-cut dress, high heels, and globs of makeup walks down the aisle and sits front and center, right in front of the pastors. When she sits down she doesn't cross her legs, and spreads them enough that the pastors can see she isn't wearing any underwear. The main pastor turns to the assistant pastor and says, "Is that Tootie Greene?" to which the assistant pastor replies "No sir, I think that's just the way the stained glass is shining on it."
You must log in or register to reply here.
Share:
Facebook Twitter Reddit Pinterest WhatsApp Email Link